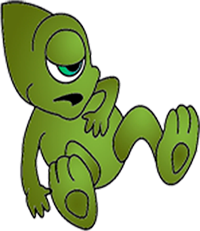 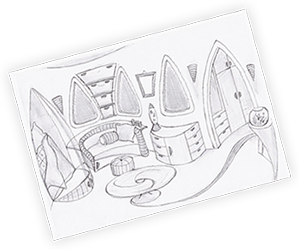 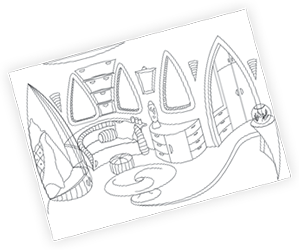 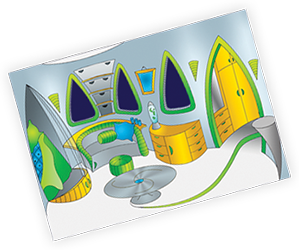 The game called Splice was a project made for a fictive client, the museum of “Scryption”. Scryption is a museum that’s all about written communication featuring all kinds of expositions on the subject. The assignment for this project was to make a game, using flash and Actionscript 3 that teaches the player about the importance of written communication, the target audience: kids visiting this museum.

In order to communicate the message for Scryption, we decided to put the player in an unknown environment where they would then have to communicate with somebody they cannot understand. The communication would happen through written symbols and would serve to give the player clues as to what to do in the game. During the game, these symbol clues will diminish over time, causing the player to have less of a clue of what he needs to do, showing the importance of this written communication. 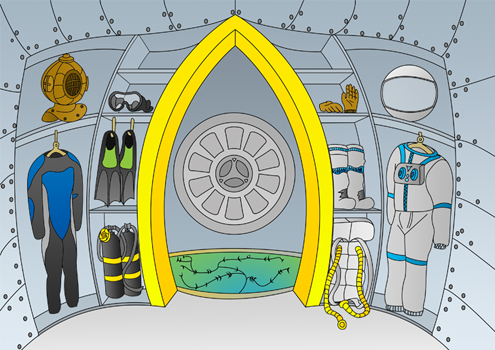 With that concept in mind, we came up with the story of a human character that was kidnapped by an alien. The spaceship in which they travel gets caught in a meteor shower, badly damaging the ship and injuring the alien. A power outage in the ship shuts down the electric fence, freeing the player from his cell. As the player walks out into the ship, he sees the injured alien and can see the ship is heading towards a planet at an alarming speed. The player will have to join forces with his abductor, in order to prevent the ship from crashing.

The player will have to repair the ship by solving a series of mini-games, each repairing a certain part of the ship. In order to help the player, the alien will give him a piece of paper with 3 symbols written on it. The first symbol depicting the room the player has to go to, the second one showing how to start the mini-game and the last one displays what the player has to do to in order to win the mini-game and repair the ship.

Throughout the game, the player will have to go back and forth from the alien to a mini-game in order to repair the entire ship. As the player progresses, he will receive fewer symbols, causing some parts to become unclear and leaving the player to figure it all out himself. No written communication = higher difficulty.

In this team that initially consisted of five members (3 designers and 2 software engineers), my role consisted of working on the concept, the story, some of the sound effects and transferring the concept art made by our concept artist, into digital full color images, using Illustrator and Photoshop. When one of our team members (a software engineer) suddenly disappeared, all of the media designers also took on a part of the programming. 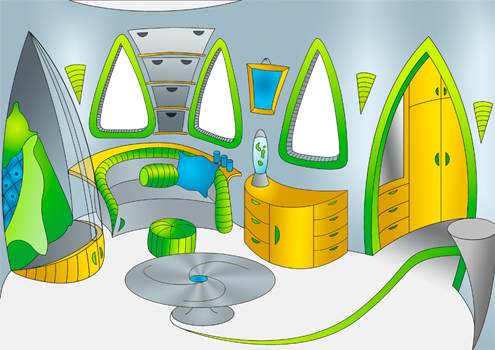 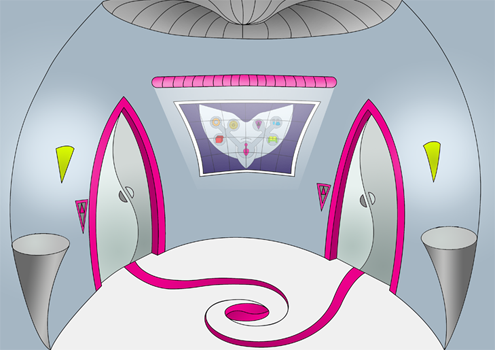 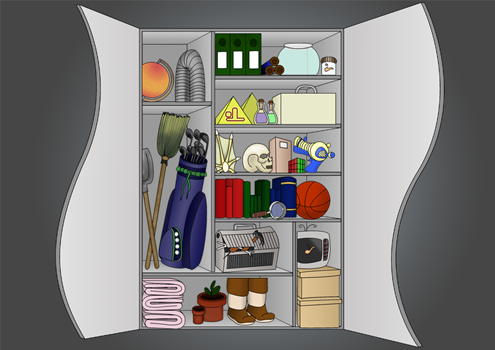 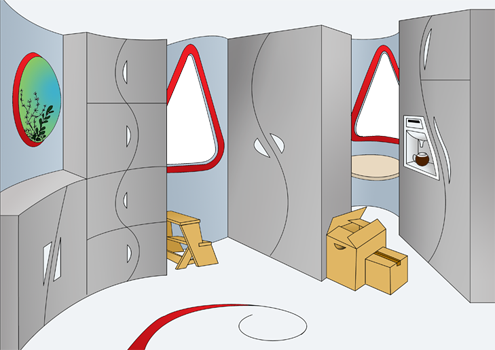